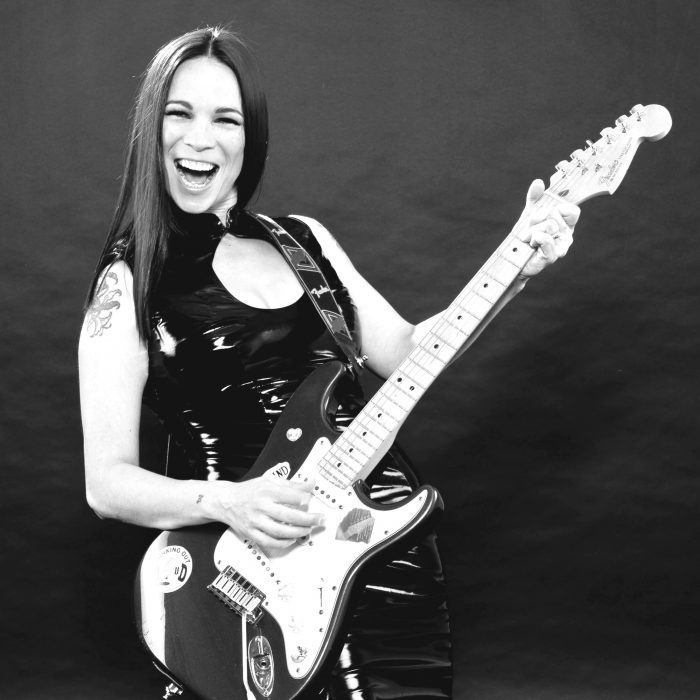 Chris B is the founder of The Underground HK and Mellow Yellow Music Festival, and has more than 30 years’ experience in Hong Kong’s music industry.

Chris Bowers, known only as “Chris B” to music-lovers in Hong Kong, has been dubbed “the tattooed fairy godmother of the Hong Kong scene” by local media for her tireless work as champion of the city’s arts and culture. Since founding the music organisation The Underground HK in 2004, Chris has become synonymous with Hong Kong’s grassroots music scene, having produced more than 500 events in that time.
A cornerstone of the city’s performing arts, The Underground HK is built on a brand of inclusivity, positivity and the promise that every up-and-coming act gets a chance to be onstage. In 2020, Chris B spearheaded a campaign to protect professional musicians in Hong Kong, and secured funding for outdoor concerts at the West Kowloon Cultural District in a fight to keep music alive during a period when venues were shut.

Chris, who is of British-Chinese heritage, was born in Hong Kong and grew up loving live music. In the Nineties, she was the founding member of the Sisters of Sharon, an all-female rock band whose career culminated in a nomination for Best Alternative Song for her Cantonese composition Will You at the Golden Sail Awards organised by the Composers and Authors Society of Hong Kong (CASH). To this day, Chris continues to compose, perform and promote music, and recent years have seen her venture into the curation of all-day events, including Mellow Yellow Music Festival and Wild Boar Music Festival.

In 2021, Chris is passionately looking for like-minded individuals to support her in the creation of Musicians Foundation.